Let’s talk about what division really is — it is repeated subtraction; much the way multiplication is repeated addition.

Before a child is ready to learn long division, he/she has to know: 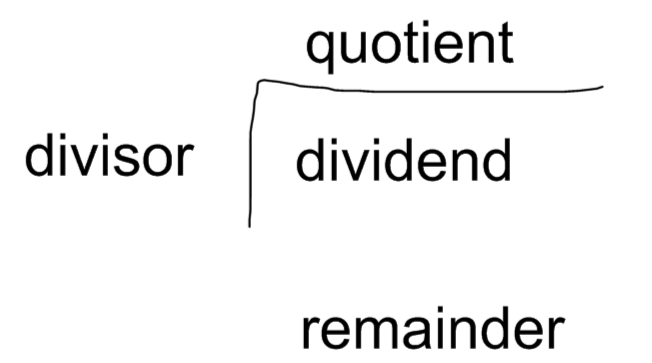 Dividend: the number that is being divided.

Divisor: the number by which the dividend is divided.

Quotient: the result of division.

Remainder: the amount that is left over after division.

Long division is a method  that repeats the basic steps of

4) Drop down the next digit.

In order to avoid confusion it’s better to divide the process into several steps and teach the kids one step at a time.

We divide numbers where each of the hundreds, tens, and ones digits are evenly divisible by the divisor. The GOAL in this first, easy step is to get students used to two things:

First we will check if the first digit is less than (or equal to) or greater than the divisor. If greater ; then we will  include the second digit and repeat the step.

Always remember to check each division by multiplication.

Let the kid estimate if the answer will be in hundreds, tens or ones. This will help a lot in solving division problems correctly.

Step 2: A remainder in the ones (units) place.

Now, there is a remainder in the ones (units). Thousands, hundreds, and tens digits still divide evenly by the divisor. Let the kids solve the remainder mentally and write the remainder right after the quotient:

After the kids are thorough with the concept of division we can  find the remainder using the process of “multiply & subtract“. This is a very important step and assumes that students have already learned to find the remainder in easy division problems that are based on the multiplication tables (such as 45 ÷ 5 or 18 ÷ 3).

Step 3: A remainder in any place (Using multiply and subtract) 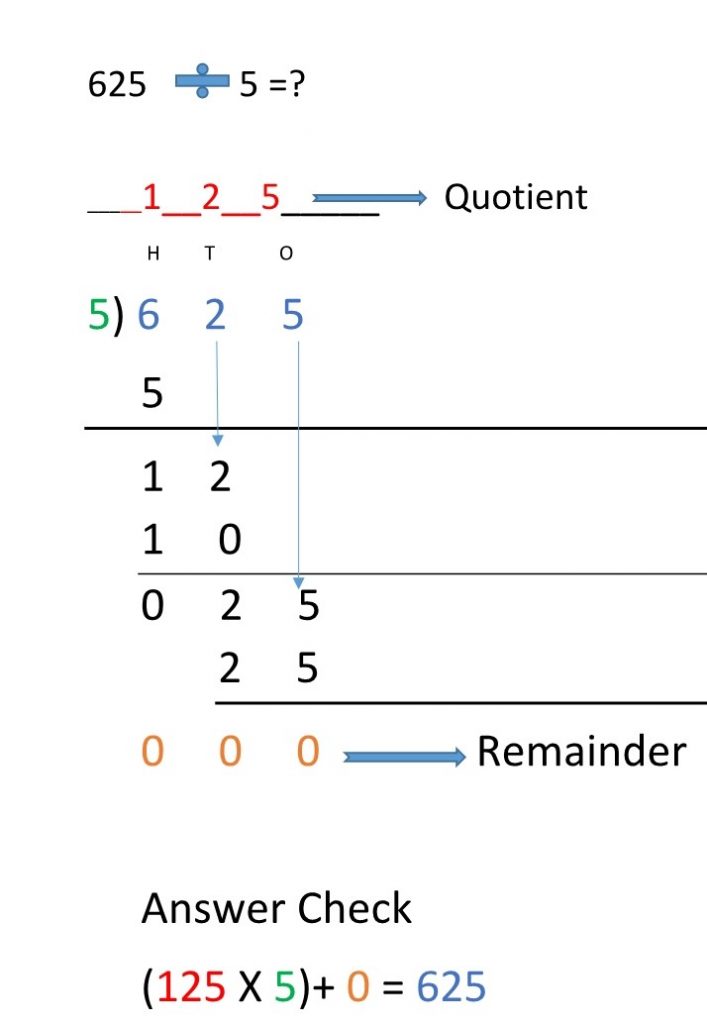 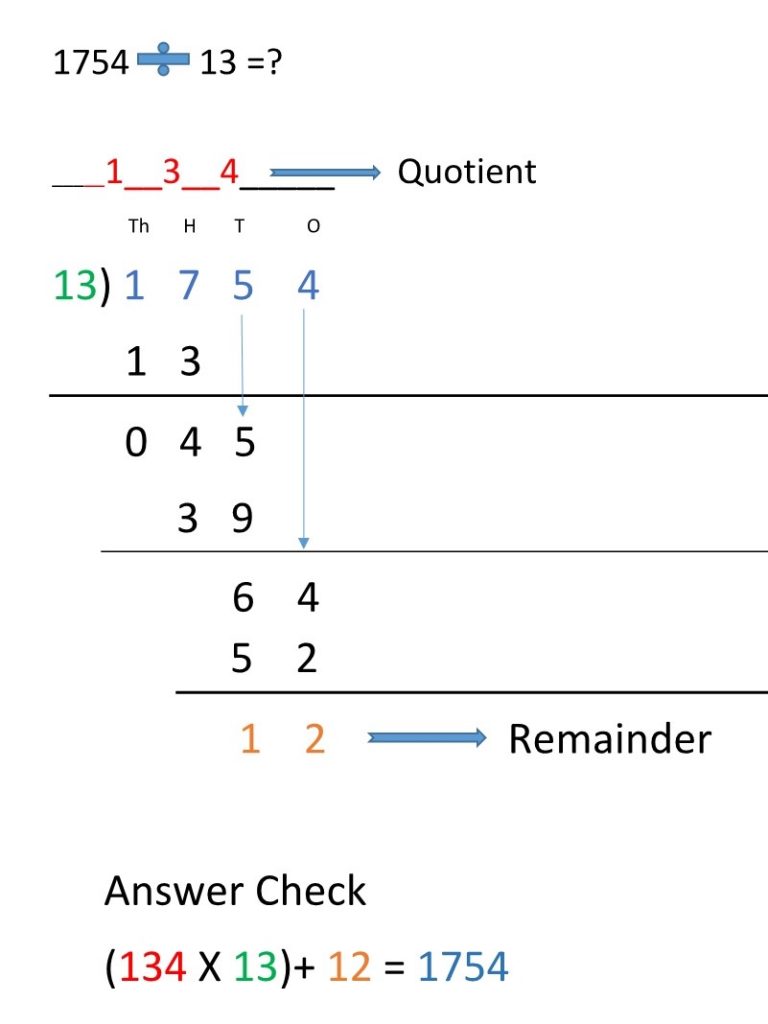 This is a fun trick. If the sum of the digits in a number can be divided by three, then the number can as well.

Divide by 1 – Anytime you divide by 1, the answer is the same as the dividend.

Divide by 2 – If the last digit in the number is even, then the entire number is divisible by 2. Remember that divide by 2 is the same as cutting something in half.

Divide by 6 – If the rules for divide by 2 and divide by 3 above are true, then the number is divisible by 6.