Bacteria and fungi are the main groups of  decomposer organisms. Food decay is also known as food spoilage.

Bacteria and fungi need Food , Warmth and Moisture to grow.

There are several ways to stop or slow down the decay of foods. This is known as Food Preservation.

Bacteria and fungi need warmth to grow. In low temperatures they stop growing.

Following is the list of food preserved by freezing; 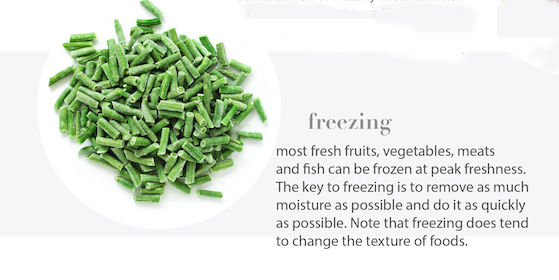 Removing water prevents the microorganisms from growing, or digesting the food. 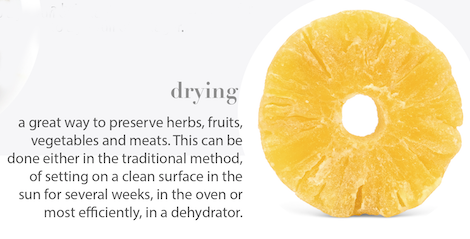 The sealed can is heated to kill bacteria. When it cools, no more bacteria can enter.

Vinegar, used in pickles, is too acidic for bacteria and fungi to be able to grow.

A lot of sugar is added to fruit to make jam, marmalade and jellies.

Salt absorbs water from foods, making the environment too dry to support harmful mold or bacteria.

A lot of salt is added to preserve fish.